The guide accompanies visitors to the unusual city: Słubfurt. Tourists from all over the world can use the help of a city guide to explore Słubfurt, moving in the space between the reality shown in the guide and the old and still perceived world of both cities – Słubice and Frankfurt. In terms of content, the reader will find here a mixture of monuments (such as. St. Mary's Church, the stadium in Słubie) and visual elements referring to Słubfurt (city wall), explanations of history and various social living conditions and patterns of behavior (codes), as well as explanations of how these various problems are "solved" in Słubfurt. The guide contains a special pocket with a professionally prepared map of Słubfurt, as well as a list of useful information for tourists (hotels, restaurants, cultural institutions…).

You can also order a city tour by a specially prepared Słubfurtczyk. The guide will be happy to introduce guests to the secrets of the city. 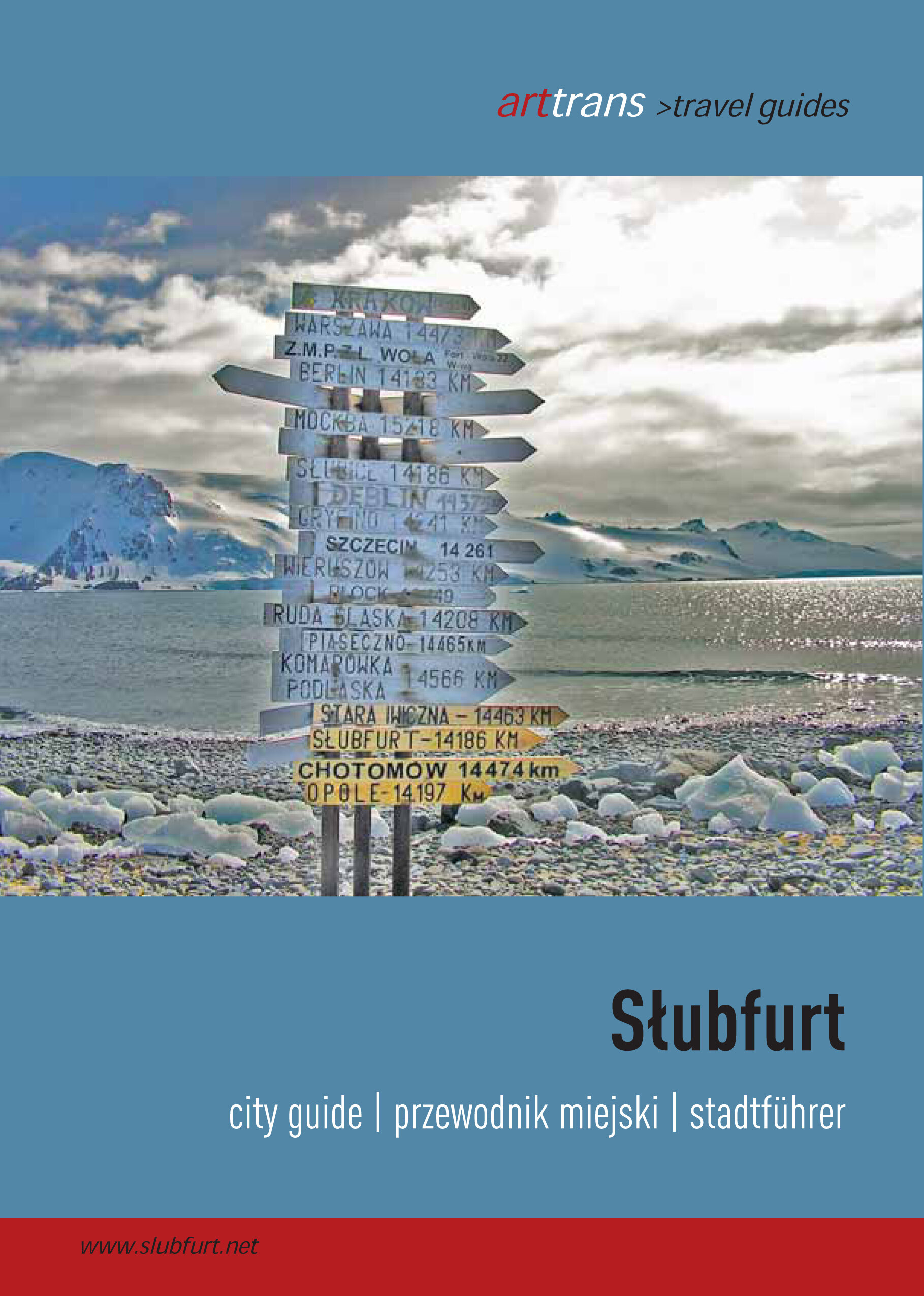 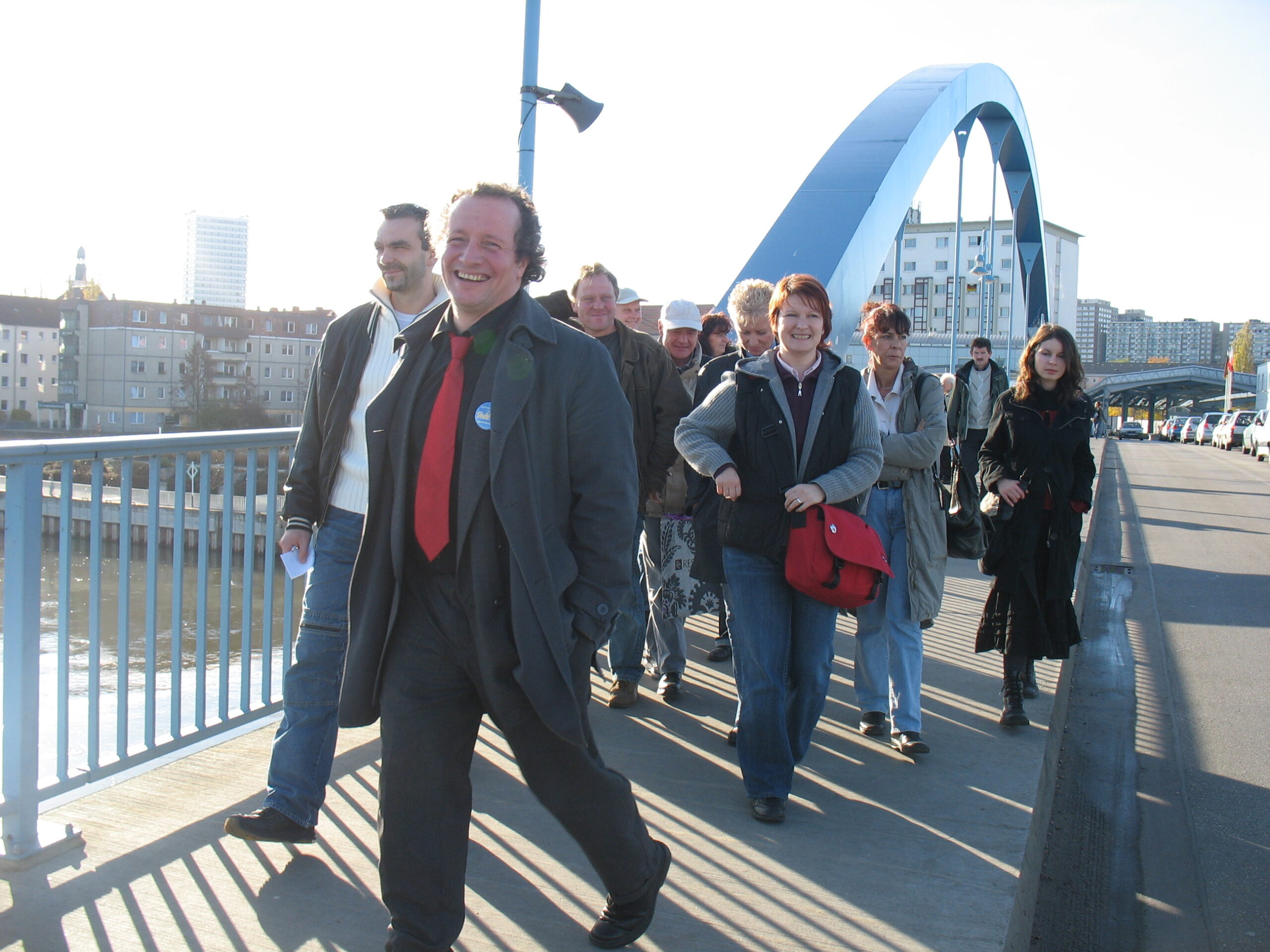 Slubfurt’s heraldic animal resounded on the bridge every hour from 2005-2007. 63 residents took part in the first Słubfurt animal voice casting in February2005. A jury consisting of Upper Austrian farmers then selected the best cockcrow. The winner received a prize of 500euros.On 19 March 2015, we finally learned the result of the campaign, the brainchild of Austrian artist Hans Kropshofer.After taking the participants’ sound recordings to Linz, he and his artist colleagues selected 13 cockcrows, which he then played to a jury of 5 different UpperAustrian farmers. They neither knew the names nor had photos of the test persons at hand. They had to make a decision based on the sound alone.Amazingly, they all independently chose the voice of Słubfurt grammar school pupil Damian Mielczarek as the best Słubfurt bridge cock. The artistceremoniously presented the youngster with the prize money of 500 euros donated by the City of Linz and the Upper Austrian Cultural Fund. The Linz artistsalso decided to award a second innovation prize of 100 euros to Grzegorz Klepaczka, who had performed an incredible rapper’s cock.In this way, Słubfurt now also has its landmark, similar to the Hejnal in Krakow or the sound of Big Ben in London.Incidentally, the Słubfurt cockerel was already the heraldic animal of Frankfurt and Słubice. For this reason, it was also chosen-standing on an egg-as theheraldic animal of Słubfurt. However, its origins go back much further. It was already the heraldic animal of the Franks, whoperhaps once crossed the Oderhere, and it is still a symbol of France today. But what is even more important: the cockcrow is understood as a wake-up call not only in Poland and Germany,but all over the world.