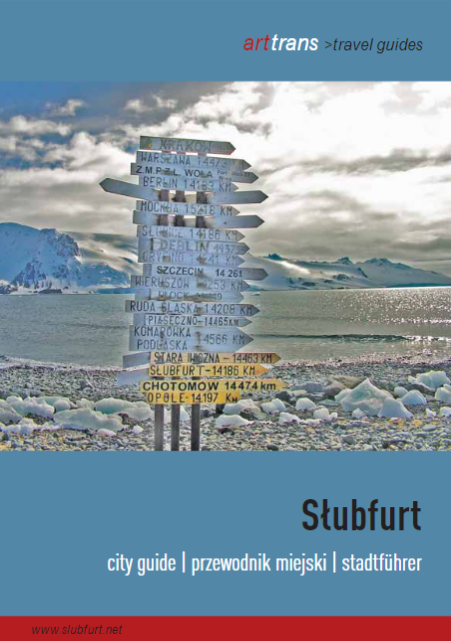 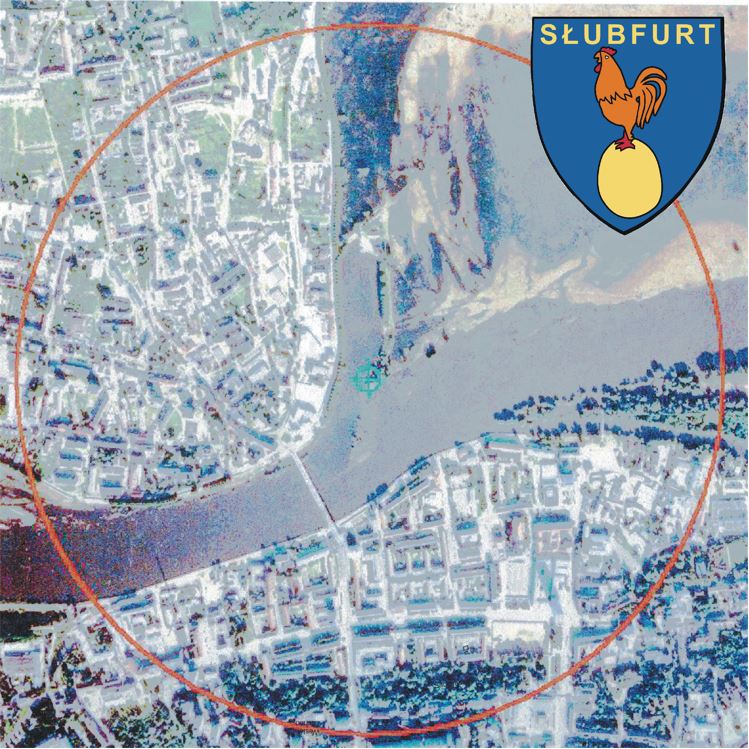 A city in two countries
that doesn’t exist

Słubfurt is the first city that is located half in Poland and half in Germany. It was founded in 1999 and registered in 2000 in the RES (Register der Europäischen Städtenamen – Register of European City Names). Since then, this city has gone from strength to strength, and in 2010 it became the capital of Nowa Amerika. The rationale for this construction of reality can be found in the identity crisis of the residents in the neighboring towns of Frankfurt (on the river Oder) and Słubice.

Until the end of the last ice age between East and West in the year 1990, the city was defined by the effects of the Second World War. The polish borders that changed according to the agreement made in Teheran, Yalta and Potsdam and the accompanying “population transfer” also separated the Frankfurt Dammvorstadt from Frankfurt and was called Słubice. Areas that had formerly been German became Polish and previously Polish areas now belonged to the Ukraine and Belarus. The Eastern Poles from the so-called „Kresy“ region had to leave their homeland and were mostly resettled in the areas that previously belonged to Germany. In the last days of the war, Frankfurt (Oder) was declared by Adolf Hitler as a fortress, leading to an evacuation of the entire civilian population. The city was later repopulated as part of the economic planning of the GDR. These historical events led to an identity crisis in both cities. People were not able to fully identify with their new homes. 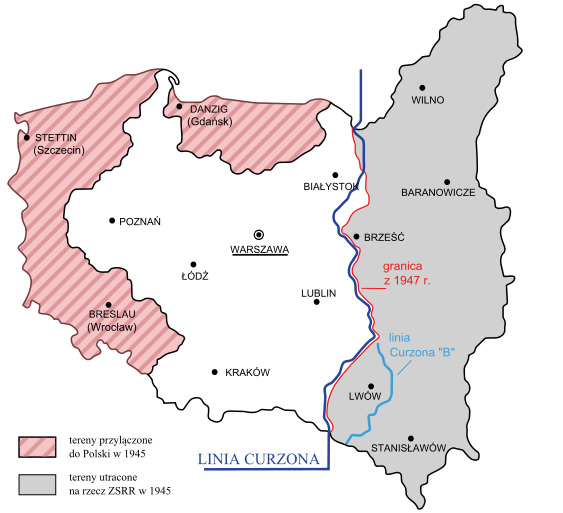 After an initial phase of getting to know each other, the borders to Poland were closed due to the freedom fight of the Solidarność movement in 1980 and were only reopened in 1990 after the fall of the Berlin wall. For ten years the other side of the river Oder had become unreachable. Frankfurt (Oder) and Słubice were two cities at the end of the world.

Only after the fall of the Berlin wall could the residents on both sides of the river Oder start getting to know each other. However, having lived so many years on the edge of the world had left its traces. Although Poland was one of the winners of the second world war, its territory was reduced because of the East-West shift in the borders. The communist Polish government of the post-War years had to detract from this. Thus the doctrine of the “Ziemia Odzyskan” (the recovered territories) was developed. This was supposed to persuade the population that the areas in the West that used to belong to Germany were actually originally Polish and thus belonged to Poland. The first Polish royal dynasty (the Pias) served as a framework and thus the place Bärwalde was easily changed to Mieszkowice in memory of the great Piast duke Mieszko I.

It was the peace treaty signed in Krzyżowa/ Kreisau by Helmut Kohl and Tadeusz Mazowiecki that ensured that the German-Polish border remained fixed and unchangeable. Up to this point many people on the Polish side practically lived with packed suitcases in the belief that they might have to leave this place too. Frankfurt (Oder) and Słubice were refugee cities and contained army bases with German, Soviet and Polish troops. Frankfurt housed 465 safe houses and was one of the cities that was the most infiltrated by the Stasi. 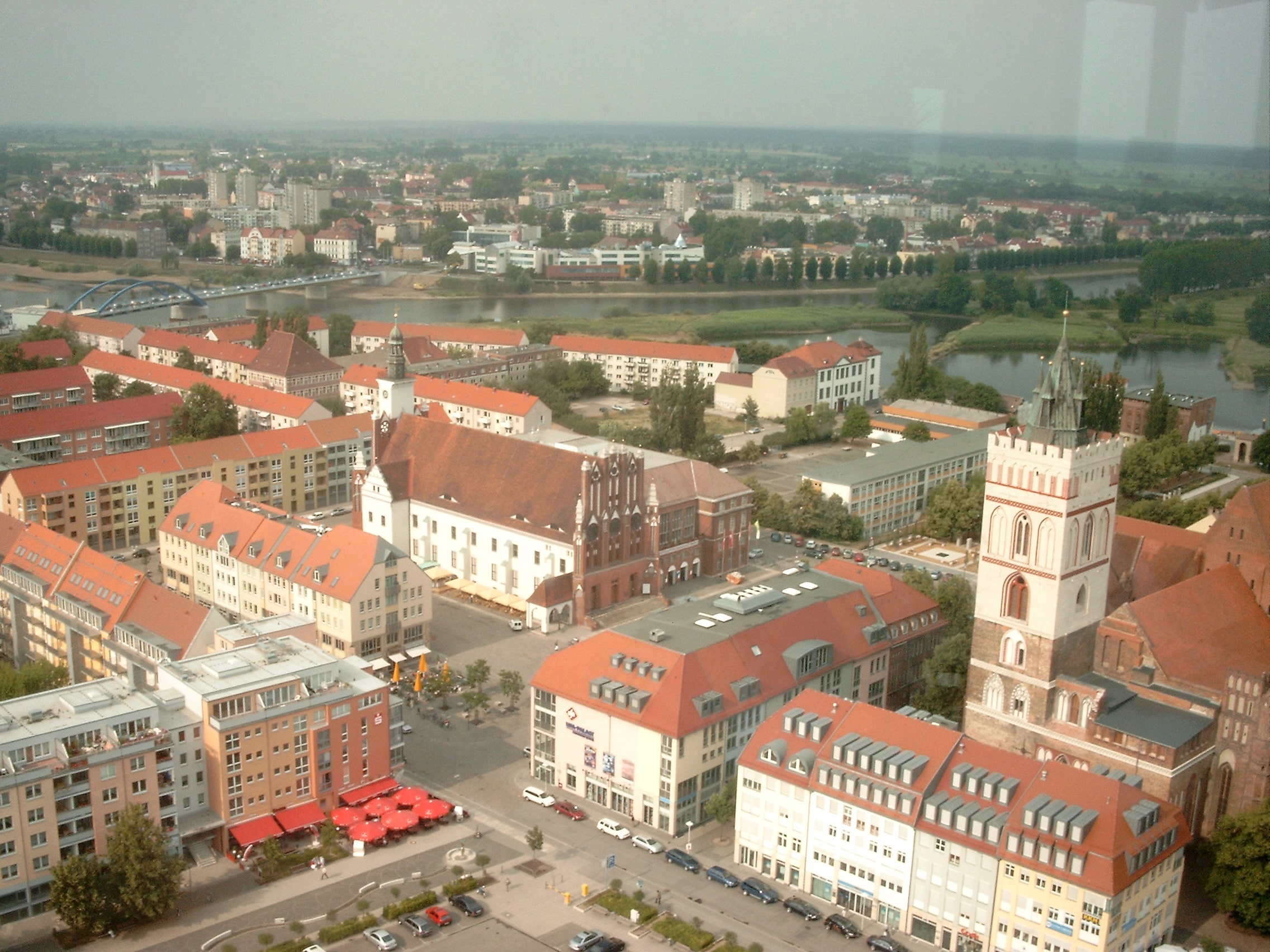 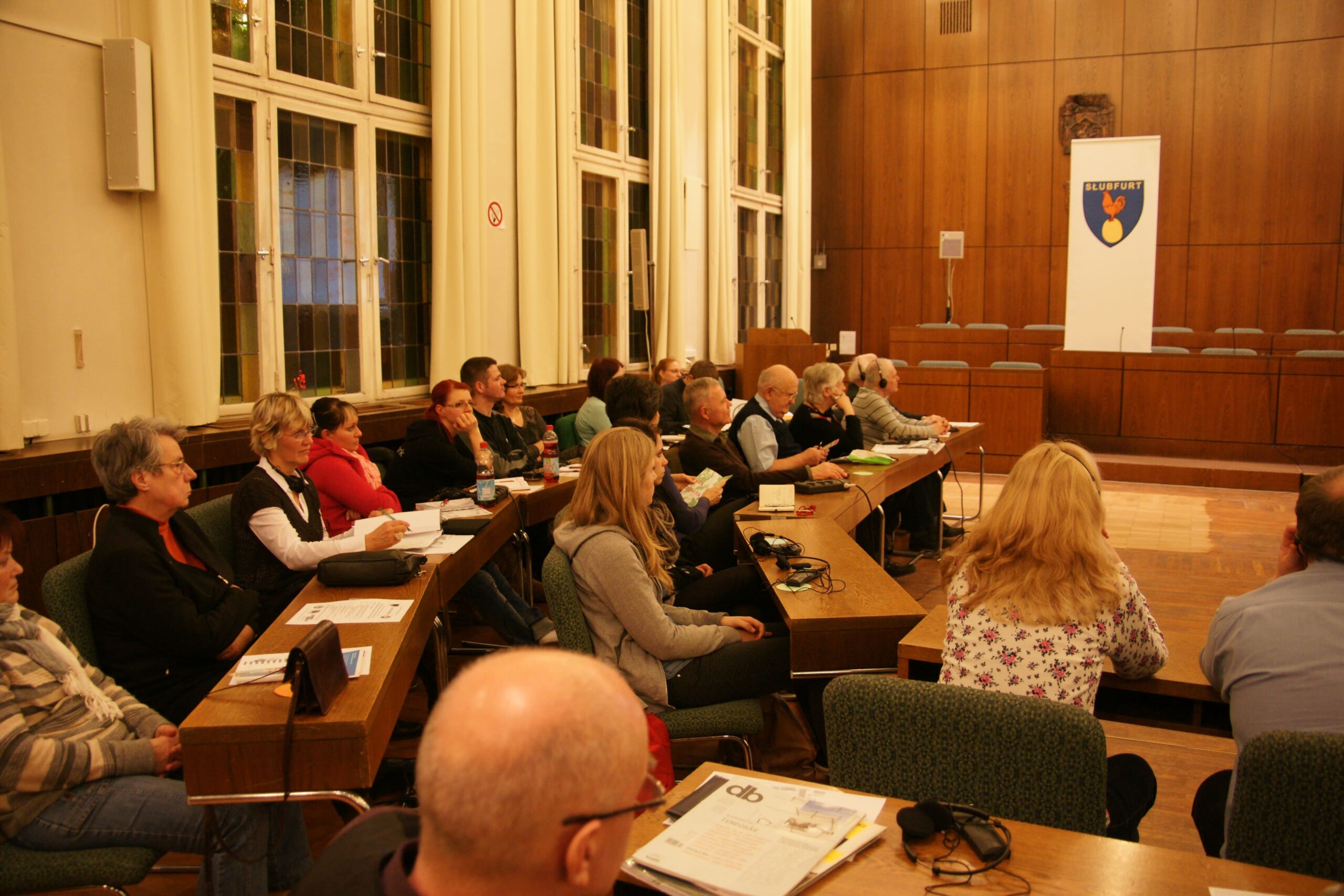 After the Berlin wall fell in 1990, the military was gradually disengaged from Frankfurt (Oder) as well as the Stasi and the organizations that had provided employment. While Słubice initially profited from the difference in exchange rates between D-Mark and Złoty, Frankfurt’s population shrunk from almost 90 000 to hardly 58 000.

The GDR was taken over by West Germany in 1990 and thus became part of the European Union from one day to the next. Poland had to find its own feet after years of socialist soviet domination. The EU border was now located between Frankfurt (Oder) and Słubice with strict controls and oftentimes long queues also for pedestrian traffic. But Poland nevertheless developed fast and became a member of the European Union in 2004 and joined the Schengen Agreement in 2007. Step by step the customs controls and later the border controls were dismantled – at the cost of stricter border conrols in eastern Poland

In 1999 some farsighted residents of the two cities recognised the opportunity to provide Frankfurt and Słubice with a new future which would address the identity crisis of the people on both sides of the river Oder as well as expand their range of activities.

They developed a bold plan that would restructure both cities and create one new city. The city fathers knew that a shared idea of the future could lead to common identity amongst the city residents. Thus Słubfurt is the first city in the world that is growing out of the future into the present and therefore also changes the view into the past. On 8th November 1999 a city council meeting between both parliaments of Frankfurt (Oder) and Słubice agreed to combine the two cities into one and to call it Słubfurt and thus made history: The name is made up of the first syllable of Słubice and the second syllable of Frankfurt and at the same time refers to the fact that it wasn’t a take-over by one city of the other, but rather a fusion with equal rights.

Both city parliaments were changed into city suburb parliaments of Slub and Furt, and a new superordinate parliament consisting of citizens of both city areas takes care of the interests of Słubfurt. This action was so successful that Słubfurt was decleared a European model city at an extraordinary meeting of the European Parliament and entered into the Register of European City Names on 28 November 2000. 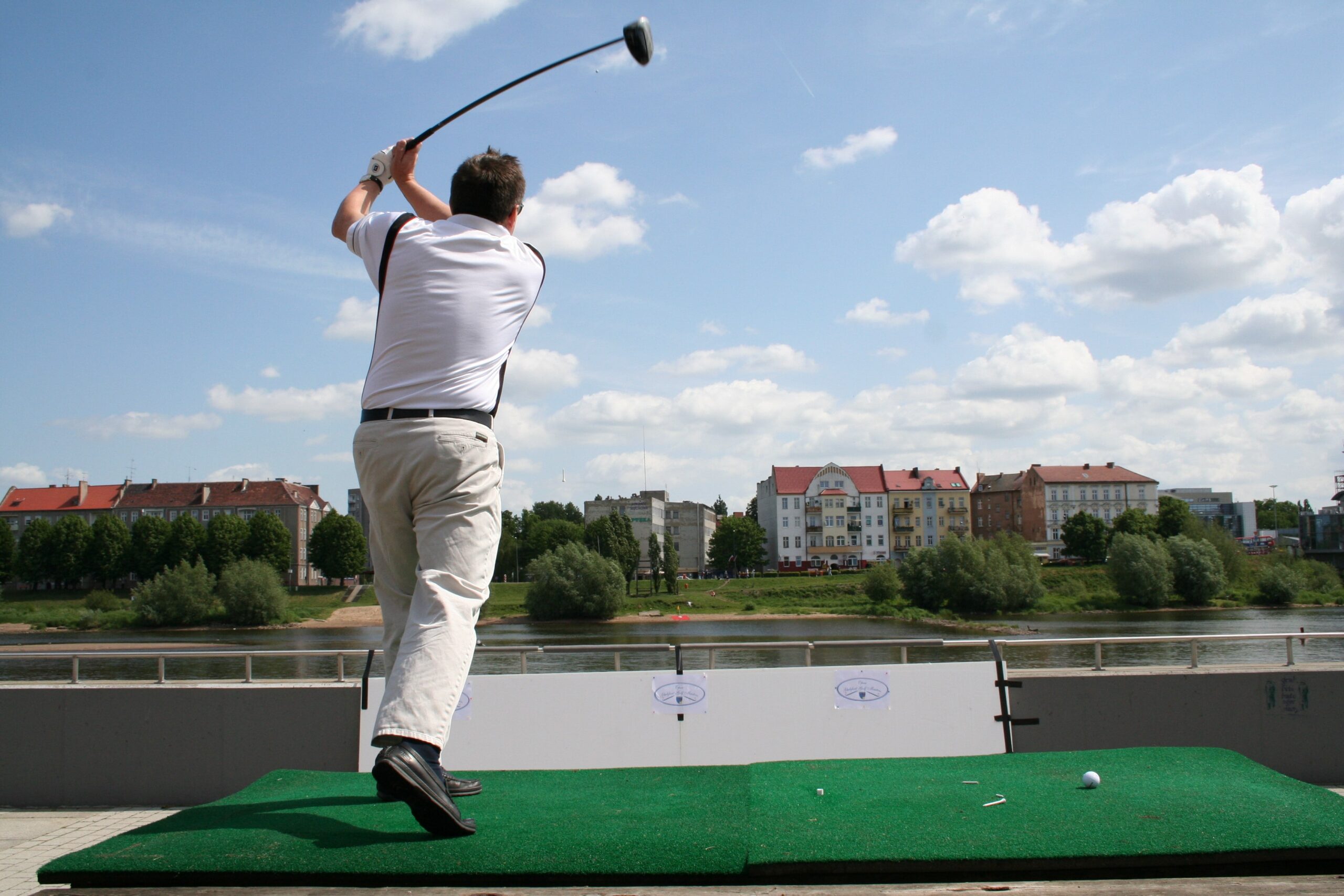