To reorder space one needs to redefine space. For this kind of artistic intervention I use the term “applied art”, which means art applied in public context and space. This is to describe an artistic strategy focussing problems in society to then intervene, interact and transcend into another construction of reality. I create tools to create this new reality in other peoples minds… 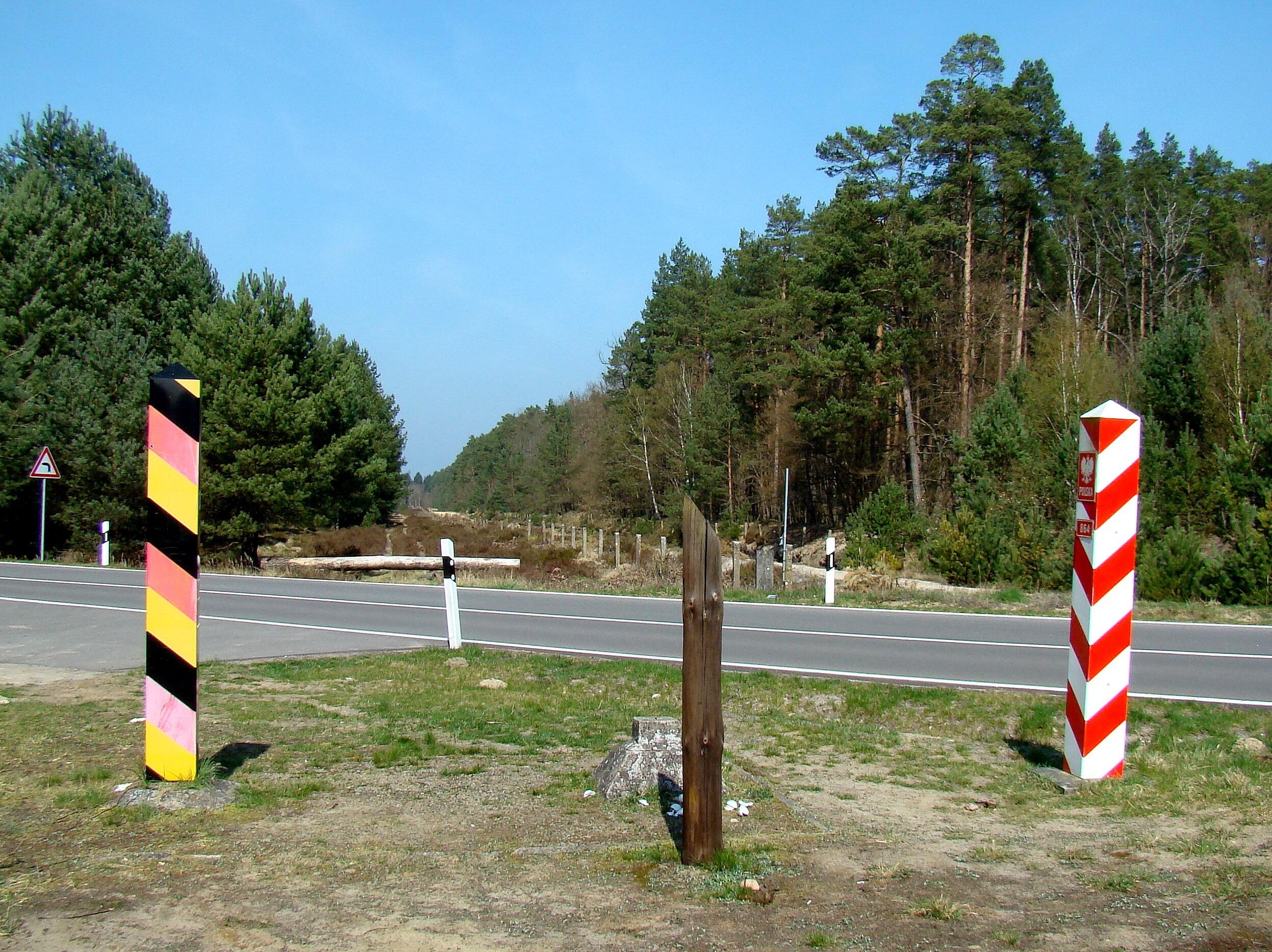 After 22 years, a book about Słubfurt, New America, the white zone, Loch Netz, about the ideas and strategies behind it. First of all, I would like to thank the Arsenal Municipal Gallery in Poznań and its director Marek Wasilewski. As partners, they made the book possible and supported me. I would also like to thank everyone who accompanied me with advice and deed during the creation of this book, including: Uta Kurzwelly, Jonatan Kurzwelly, Volkmar Köhler, Uwe Jung, Tomasz Stefański. Nowa Amerika, the New World – what a wonderful promise… 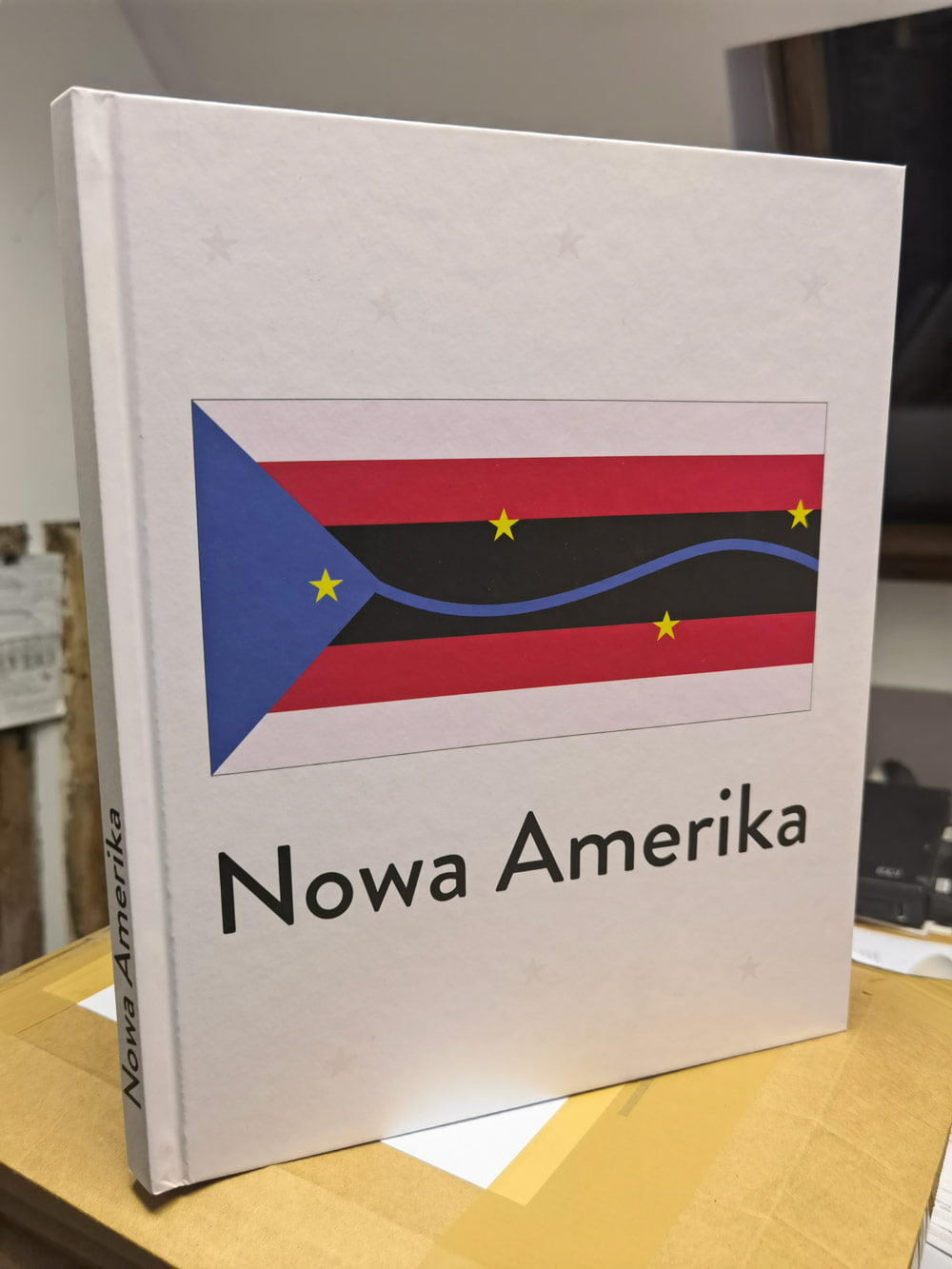 Transbordering Laboratory is a network of individuals and
non-governental organisations to link borderland areas of national
states as cross border regional entities In Between. To achieve this
goal we develop transbordering structures, platforms and projects to
gather, exchange experiences and promote our idea.

END_OF_DOCUMENT_TOKEN_TO_BE_REPLACED

In 1999 the city of Słubfurt was founded based on the former cities of Frankfurt and Słubice. Thus Słubfurt is the first city where one half is located in Poland and the other in Germany. Since 2010, Słubfurt has been the capital of Nowa Amerika…

END_OF_DOCUMENT_TOKEN_TO_BE_REPLACED

Transbordering Laboratory is a research on and between European cities that are divided by borders. We aim to address the idea of forming new realities in such cities and areas. Hard borders became an issue again with the rise of nationalism and the pandemic, especially for citizens in border territories.

END_OF_DOCUMENT_TOKEN_TO_BE_REPLACED

Sometimes I laugh at the wrong time

Reading by Yasser Niksada (Afghanistan/Iran) with Manfred Möck, actor in collaboration with The Poetry Project Berlin.
Yasser Niksada (*2002) comes from the Panshir Valley in Afghanistan. More than ten years ago, the Niksadas fled to Tehran, where they still live as refugees. “But that’s no life,” says Yasser, so the family sent the then 13-year-old on a journey to Europe, an arduous escape over water and land. One of the biggest differences between Tehran and Berlin for Yasser is the absence of his two brothers and sisters, but above all he misses his parents. Today, after finishing school, he has started his education. In the poems he writes in his mother tongue, Persian, Yasser deals with the feeling of being torn apart and processes the experiences of his flight. In Eastern cultures, poetry allows people to express their own feelings, even if they seem unspeakable at first. Even children are familiar with this art because their elders tell them stories in verse.
In the Poetry Project Berlin, Yasser found the space to formulate his figurative language in poems and present it to the public.
Together with actor Manfred Möck, he has now composed a reading in which Niksada’s texts can be experienced in Persian and German.

END_OF_DOCUMENT_TOKEN_TO_BE_REPLACED

HATE SPEECH is a reflex for conflicts and tensions in society. An attempt to belittle the other person or a population group for ethnic, political or economic reasons.
In a long participatory process, we want to investigate the phenomenon of HATE SPEECH with the teatr na basku Lwiw, Ukraine, as well as the teatr Brama Goleniow, Poland and the teatr Legnica, also Poland, with the active participation of the partners in Frankfurt Oder and the region, and to explore the respective backgrounds and hidden conflicts.

END_OF_DOCUMENT_TOKEN_TO_BE_REPLACED

African drumming and dance led by professional artists from Guinea.
Energetic and dynamic workshops and concerts focusing on West African dances and music, complemented by a spectacular performance of the ballet at the Festival of Diversity and jamming sessions with all the artists!

END_OF_DOCUMENT_TOKEN_TO_BE_REPLACED

Summer in Słubfurt at Brücken Plac Mostowy (Frankfurt Oder) continues in September and we still have 5 very special weekend events, each with a live concert, children’s programme and much more.
ADMISSION FREE !!! 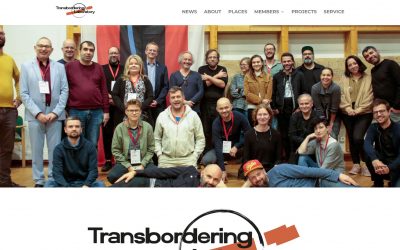 Transbordering Laboratory is a network of individuals and
non-governental organisations to link borderland areas of national
states as cross border regional entities In Between. To achieve this
goal we develop transbordering structures, platforms and projects to
gather, exchange experiences and promote our idea.

END_OF_DOCUMENT_TOKEN_TO_BE_REPLACED 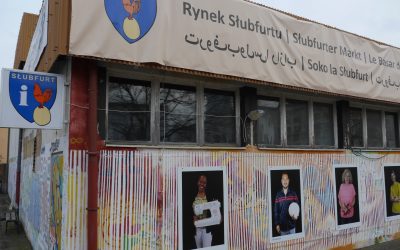 Bridge Square , the agora of Słubfurt

The “Bridge Plaza“ can be viewed as a laboratory for artists. It is here that new socio-political structures emerged that have stood the test of time in our micro-society. For example, the Parliament of Słubfurt where everyone who attends a parliamentary session automatically becomes a city representative with the right to vote…

END_OF_DOCUMENT_TOKEN_TO_BE_REPLACED 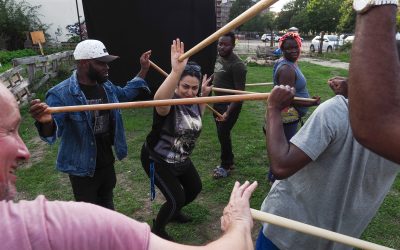 Laboratorium Brückenplatz by Slubfurt e.V. with the Kleist Forum Frankfurt/Oder: HATE SPEECH – CIVIL WAR?
The consequences of civil wars, post colonial exploitation and unresolved international conflicts stand as refugee movements before our borders. That is why we want to examine…

END_OF_DOCUMENT_TOKEN_TO_BE_REPLACED 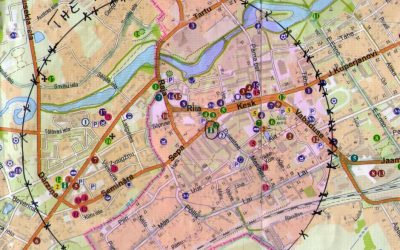 Transbordering Laboratory is a research on and between European cities that are divided by borders. We aim to address the idea of forming new realities in such cities and areas. Hard borders became an issue again with the rise of nationalism and the pandemic, especially for citizens in the border territories. Many of the border…

END_OF_DOCUMENT_TOKEN_TO_BE_REPLACED 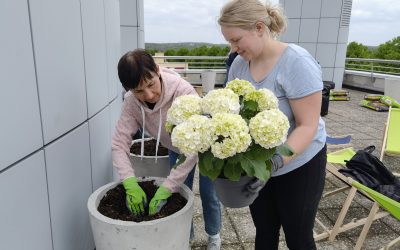 “Słubfurt Gardens” is a project of the European New School of Digital Studies of the European University Viadrina and Adam Mickiewicz University Poznań, the Foundation for the Collegium Polonicum and Słubfurt e.V.. In the German-Polish twin city of Frankfurt (Oder) and Słubice, two new urban community gardens…

END_OF_DOCUMENT_TOKEN_TO_BE_REPLACED 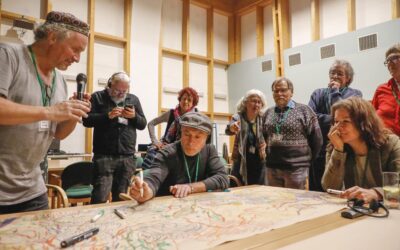